My second novel, September Rain, is coming out!

Is it normal to be this nervous?

It’s my second book, but I’m self-publishing for the first time and it kind of feels like I’m flying blind.

I missing the validation that comes from nabbing that coveted publishing contract. But see, even though I’m anxious and worried, questioning every aspect of my “finished” manuscript (I use quotes because none of my books ever really feel finished), I’ll keep forging ahead, doing all the things I’m afraid of. Because . . . 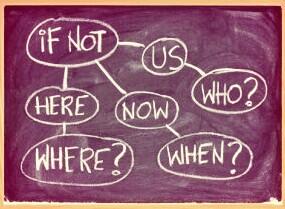 In effort to ease my nerves, I’m pasting my latest blurb below. It still needs work, so any feedback will be greatly appreciated!

If you hold your past too tightly, it will smother your right now.

That’s exactly what Angel Patel is hoping for.
Imprisoned some six years before the story begins, Angel is up for another case review. She’s sure that this tedious process of spilling her guts to a small panel of authority means nothing—that she will never get out and doesn’t deserve to.
But her conscience is overloaded with memories of love and loss, and guilt. Oh, the guilt . . .
Too many secrets. So much betrayal. So many lies that Angel never questioned because they came from the trusted lips of her so-called best friend, Avery.
Angel is forming a plan. She’s going to escape her prison. She’s going to find her long-lost love, Jake Haddon, wherever he may be and she’s going to spend the rest of eternity making it up to him.
But before Angel can execute that plan, she must clear her conscience of the secrets she’s been keeping. Namely, the truth about Avery, and her involvement in Jakes’ murder.