#FlashFiction Even though it’s not Friday

I’ve had my head buried in school books and am putting the final touches on my latest book (which I am SO ridiculously behind on) that I literally have zero time to blog.

But I don’t want to leave anybody hanging, or make you all think that I forgot about my readers the same way I forgot all about this flash fiction thing I started doing last year.

Truly, I came across it on my Wattpad page and was like, “When did I write this!?”

So, I reread it. A fell in like with it all over again, and decided it was worth sharing here. Again.

(there’s a smidge of strong language, so reader beware)

1
A Beacon for the Metaphorical Penis.

“A what?” Layla stared at the laptop and shook her head. “I don’t get it. Sorry, Dee.”
Dee sighed, letting her shoulders drop. “I couldn’t call it ‘Dick Magnet.’ No one would want to read it.”
Layla laughed. “Or everyone would.”
“For all the wrong reasons.”
“Okay. So what’s it’s supposed to be about?”
Dee sighed again. It was about everything in her life turning out wrong. It was about being thirty-one and still single. It was about still losing her job after all the crap she put up with to keep it. Like unpaid overtime; they wanted the work done, but they didn’t want her to charge them for it—and she was stupid enough to believe her selfish boss would remember her dedication when the next editing position opened up.
“Generally, it’s about how independent, intelligent women in this age have no taste in men.”
“So it’s a biography.” Layla’s face was dead-pan.
Dee was the one laughing now. She should have known better than to try and fool her best friend. “Yes. But no. It’s an idea I’ve had for a long time, now I’m finally putting it to paper. Metaphorically, since it’s digital.” She shrugged, crossing her arms.
“It sounds good, but since when did you become a blogger?”
“I’m out of book ideas.” Dee plopped on the short sofa beside her friend and grabbed the laptop—saving and closing the document file.
“So…Dick Magnet? Are you going to feed the stereotypes about men wanting nothing more than to get into a womans pants?”
“You mean tell it like it is? Yes.”
Layla rolled her eyes. She wasn’t as cynical as her lifelong friend. But she had no reason to be. She married the man who took her virginity a month after high school graduation. And amazingly, they were still married. And happy. They still had sex. Regularly.
Dee shook off the image. “Not all of us are lucky enough to find a guy like your Steve.”
“Luck had nothing to do with it. Love is an investment, Dee. The wedding is like a down payment that gets you the house. But marriage is what you live in. It takes time to repaint and remodel. It’s a lot of work.”
Dee’s eyes nearly crossed. How many times had she heard this metaphor? Ten, twenty, a hundred-thousand times?
“Alright-awright. I get it. The secret is in real-estate research.”
“Metaphorically.”

—
Dee didn’t like the name she chose for her new, fabulous website. Yeah, it was only to keep her busy as she searched for another job. It was a part-time thing. A hobby. There were millions of bloggers out there, but none of them—at least the ones Dee came across—were filling the gap between what you learn and applying that knowledge in everyday life and situations.
For instance, Dee now knew, from past experience that it was important to see your potential date in a well-lit space before agreeing to any outings. The typically soft lighting of a night club does not lend itself to inspection. To search, to make absolutely sure there was no slightly lighter strip of skin on the left ring finger.
She learned this one night—well several nights after—a few fuzzy navels and a screwdriver, compliments a la Asshole. The haze of alcohol eased her into accepting his phone number scribbled on a napkin. The man had paid for two of her four drinks that night and she was reduced to thinking that somehow indebted her. But all he wanted was the chance at a phone call. And Dee was not going to call. But he hadn’t demanded Dee’s phone number. He’d left it up to her to make the next move.
And in that simple act of letting her think she was in a higher position made her fall.
The high-point of the first date was the conversation and the sweet, boyish peck on the cheek that followed. Boy, did he reel her in. Slowly, like a fat, stupid tuna. He let her thrash about on the baited hook like one of the giant marlin her father used to catch when he took her deep sea fishing.
The second date was where Dee learned her lesson. It was right after she let him talk her into seeing a terrible movie. A major motion picture, expected to be a box office block-buster.
Well, it was shit. Dee knew it would be. She rarely agreed with film critics and never agreed with pop-culture’s ideas of ‘good’ on anything. Film or otherwise. Except maybe Green Mile and Forrest Gump, but that was more a Tom Hanks anomaly.
Neither one really watched the movie, but they made good use of the dark. They were all over eachother. Dee was going to take him to her apartment. As the two left the theater, walking hand in hand, it happened.
A beautiful woman with bright strawberry curls was blocking their path on the crowded sidewalk. Asshole threw her hand away and stuttered something to the woman. Dee was confused at first. But then she took in the womans tired, hurt expression, her thin arms that held an impossibly tiny infant, and her slightly doughy middle. Then the womans thin hand and the large stone that rested over her fourth finger.
Automatically, Dee checked her dates’ fingers. Low and behold—there was a thin, slightly lighter line around his ring finger.
Dee did the only thing she could think of; listened and watched the screaming match. The poor woman cried at the unfairness; it wasn’t her fault she had to wait six weeks to have sex. She’d just had his baby! And her husband of less than two years was an unfaithful bastard!
Bastard was right. Who the hell was he to make Dee the slut, to turn her into the other woman?
Dee’s knee swung up into his groin before she had a chance to think it through. “There! Now he can’t have sex either!”
She charged through the watching crowd on her way home to meet her second dates for that evening, Ben and Jerry.
It was a tough lesson. But one Dee was glad to have learned. Thanks to that experience, she could relay the importance of good lighting at a first meeting.

You are welcome, World. 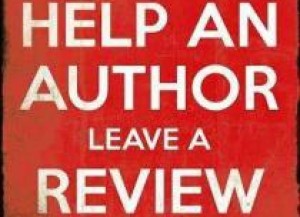