Below, I’ve listed this weeks selections, available through 6/9!

In 1953, in Jonesboro, Arkansas, a baby boy was born—dead. The attending physician set his little body aside and tended to his mother for eighteen minutes. Now, more than sixty years later, that boy leads an internationally known ministry that encourages hundreds of thousands every year. The Boy Born Dead tells his incredible story from the perspective of his best friend, David Wideman.

As a teenager in the small town of Liberty, Missouri, in the late 1960s, David Ring grew up with the challenges that come with cerebral palsy, a result of his eighteen minutes of newborn silence. Along with his physical limitations, Ring was orphaned and shuffled from home to home, finally landing in an abusive situation that made him feel unworthy of love and, eventually, unworthy of life. But God had a purpose for Ring’s life, and sent an agent to help him achieve it. Through the friendship of David Wideman, a boy he met in the halls of Liberty High School, Ring found strength he didn’t know he had and went on to face his demons, marry the love of his life, and start an international speaking ministry.

Full of hope, this moving story illustrates how friendship and love triumph over adversity. Anyone who faces tough times will treasure this story of hope and courage.

(This one i am really excited about because I love Trent Reedy’s Divided We Fall Trilogy!)

Zulaikha hopes. She hopes for peace, now that the Taliban have been driven from Afghanistan; a good relationship with her hard stepmother; and one day even to go to school, or to have her cleft palate fixed. Zulaikha knows all will be provided for her—”Inshallah,” God willing.

Then she meets Meena, who offers to teach her the Afghan poetry she taught her late mother. And the Americans come to her village, promising not just new opportunities and dangers, but surgery to fix her face. These changes could mean a whole new life for Zulaikha—but can she dare to hope they’ll come true?

There you have it, folks!

Remember to use the free Overdrive Media Console app to download and enjoy these free audiobooks and after you’re finished with them . . . 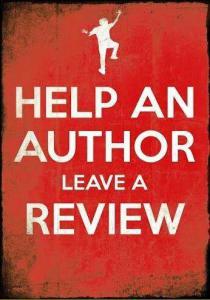