It’s That Time Of Year Again

In case you’ve new to the blog, I’ll explain:

Last Friday was the kick-off date for this summer’s audiobook giveaway. You can get both of the following titles free, now through  05/12:

The Scopes Trial, over the right to teach evolution in public schools, reaffirmed the importance of intellectual freedom as codified in the Bill of Rights. The trial, in a small-town Tennessee courtroom in 1925, set the stage for ongoing debates over the separation of Church and State in a democratic society—debates that continue to this day. Peter Goodchild used transcripts from the trial to create this intense docudrama.

The Great Tennessee Monkey Trial is part of L.A. Theatre Works’ Relativity Series featuring science-themed plays. Major funding for the Relativity Series is provided by the Alfred P. Sloan Foundation to enhance public understanding of science and technology in the modern world.

That title is paired with:

Vivian Apple at the End of the World by Katie Coyle

Seventeen-year-old Vivian Apple never believed in the evangelical Church of America, unlike her recently devout parents. But when Vivian returns home the night after the supposed “Rapture,” all that’s left of her parents are two holes in the roof. Suddenly, she doesn’t know who or what to believe. With her best friend Harp and a mysterious ally, Peter, Vivian embarks on a desperate cross-country road trip through a paranoid and panic-stricken America to find answers. Because at the end of the world, Vivian Apple isn’t looking for a savior. She’s looking for the truth.

Don’t have it? Don’t worry! That’s free too!

Click the link to get Overdrive on your phone, tablet, kindle, or PC. The app offers free cloud storage and doesn’t take up much space on your device.

AND, Overdrive can be used for more than just listening to free audiobooks. It’s also the leading Library app in the nation. If you’ve got a library card, all you have to do is find your library inside the app and click it. Then punch in your card number and BAM! You’ve got access to your local library’s ebook and audiobook collections. 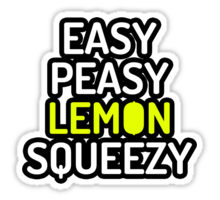