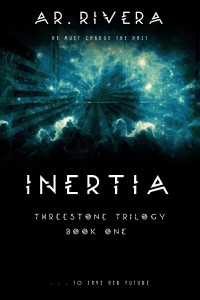 Gerry Springer is going to be dead in three weeks. He knows exactly when and where–he’s trying to manipulate the ‘how’ . . .
How to plan every detail of his demise to ensure that Daemon, his nemesis whose acting as Gerry’s personal Angel of Death, doesn’t close-in on his son too early. His boy, G, will need time to understand what has happened and why, time to make the choice Gerry hopes he will make. The one choice that might change everything.
G, a 30-something slacker, was named after his father, Gerry Springer. Can you believe it? Who would name their kid Gerry Springer? Well, G hates his name for obvious reasons. Less obvious are the reasons he hates his life.
When G is involved in a bus accident with a dangerous stranger and wakes up in 1996, he decides the best way to change his crappy life is to prevent the horrible tragedy he witnessed as a 16-year-old. Most of what went wrong in his life began that day. If he could stop it from happening, he could change his entire future for the better.
But life back in good old predictable 1996 is not exactly as G remembers it. Was his dad’s nose always so big? Was his distant mother ever really that attentive or happy? G is doubting everything he sees as his plans to alter his past begin to unravel.
When G crosses paths with a man he recognizes from the bus accident that sparked this crazy trek into insantiy, G is sure he’s found a new ally.
But then he’s never been a very good judge of character.

One man. Three stones. One more chance to change the world.

Who is Daemon?
Why did he target G and his family?
Join G in this second part of his journey as he searches for answers, learns more about the strange legacy his father left him, and the seemingly limitless power of the Threestone.
In this next installment of the Threestone Trilogy, G travels to new and unknown worlds where he finds the most exciting and unexpectedly dangerous adventures yet.

Savor The Days Series: Women’s Fiction with lots of romance and suspense