So you’ve heard me go on and on about the SYNC Audiobooks Summer Reading Program, right?  If you remember, every week in the summer, they give away a pair of audiobooks. Usually fiction and non. Mostly YA, but it’s really great YA.

All you need is a working pair of ears (or just one) and the Overdrive Media App, that you can get absolutely free here.

Well, I have been very behind in my blogging for several months now, and I haven’t talked at all about the audiobooks being given away this summer. So, you’ll find all the info you need below. And since the giveaway for the first two books ends tomorrow, I’m posting Week 7’s Giveaway below, so be sure to read all the way down! 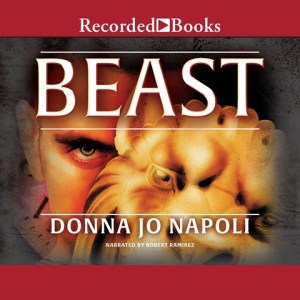 Beast, by Donna Jo Napoli | Read by Robert Ramirez
Published by Recorded Books
Young Persian Prince Orasmyn lives a peaceful life of quiet duty and thoughtful obedience. Tending his fragrance garden gives him much more pleasure than the bloody royal hunts staged by his father. But a single wrong decision sets in motion an ancient curse that changes Orasmyn’s fate forever. Told he will be killed by his own father, he is transformed into a lion on the day of a great hunt. The prince has no choice but to flee beloved Persia and his precious family. Balancing his fading human memories with his new beastly impulses, he makes his way to Europe-where his destiny awaits in the person of a French beauty named Belle. Donna Jo Napoli once again weaves the magic she has shown in books like Crazy Jack and Zel, transforming a well-known fairy tale into an unforgettable epic of duty, love, and redemption. Robert Ramirez’s narration captures all the anguish and struggle of Orasmyn’s quest to regain his humanity.

Of Beast And Beauty, by Stacey Jay | Read by Julia Whelan
Published by Tantor Media
It’s pointless. Hopeless. Even if she weren’t afraid of me, we’ll always be enemies at the core . . .

In the city of Yuan, the blind Princess Isra is raised to be a human sacrifice. Her death will ensure her city’s vitality.

In the desert, a mutant beast named Gem fights to save his people, known as the Monstrous, from starvation.

Neither dreams that, together, they can return balance to their worlds. When Gem is captured for trying to steal Yuan’s enchanted roses, he becomes a prisoner of the city. Isra enlists his help, and soon begins to care for him—and to question everything she has been brought up to believe.

She’s a queen; I’m her prisoner. I am her monster and she is mine.

If I Run, by Terri Blackstock | Read by Nan Gurley

Casey Cox’s DNA is all over the crime scene. There’s no use talking to police; they’ve failed her abysmally before. She has to flee before she’s arrested . . . or worse. The truth doesn’t matter anymore. But what is the truth? That’s the question haunting Dylan Roberts, the war-weary veteran hired to find Casey. PTSD has marked him damaged goods, but bringing Casey back can redeem him. Though the crime scene seems to tell the whole story, details of the murder aren’t adding up. Casey Cox doesn’t fit the profile of a killer. But are Dylan’s skewed perceptions keeping him from being objective? If she isn’t guilty, why did she run? Unraveling her past and the evidence that condemns her will take more time than he has, but as Dylan’s damaged soul intersects with hers, he is faced with two choices: the girl who occupies his every thought is a psychopathic killer . . . or a selfless hero. And the truth could be the most deadly weapon yet.

by Elizabeth Fama | Read by Julia Whelan
Published by Elizabeth Fama
A dying wish. A family divided. A love that defies the law. Sol Le Coeur is a Smudge—a night dweller in an America rigidly divided between people who wake, live, and work during the hours of darkness and those known as Rays, who live and work during daylight. Impulsive, passionate, and brave, Sol concocts a plan to kidnap her newborn niece—a Ray—in order to take the baby to visit her dying grandfather. Sol’s violation of the day/night curfew is already a serious crime, but when her kidnap attempt goes awry, she stumbles on a government conspiracy to manipulate the Smudge population. Sol escapes the authorities with an unexpected ally: a Ray who gets in her way, a boy she might have hated if fate hadn’t forced them on the run together—a boy the world now tells her she can’t love. Set in a vivid alternate reality and peopled with complex, deeply human characters on both sides of the day/night divide, Elizabeth Fama’s Plus One is a brilliantly imagined drama of individual liberty and civil rights, and a fast-paced romantic adventure story.

Hope you enjoy the audiobooks. But if audiobooks aren’t your thing, you can always try finding them at your local library or on Kindle Unlimited.
Reading is exercise for the brain!
Until next week … 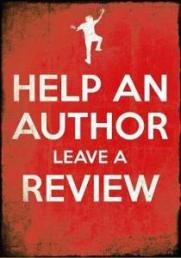