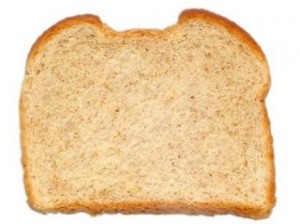 “Could you get another one?” She held up the loaf of bargain priced sandwich bread, voice calm, eyes flickering.

The clerk at the register, who’d just finished bagging the groceries, scrunched his brows together. “Ma’am, is there something wrong with the bread?”

The woman was barely a day over twenty-two and wasn’t used to being addressed so formally. She adjusted the ruffled collar of her silken blouse and replied, “Yes. You bagged it and now the slices are all smashed in the middle.” She pointed with a long, acrylic nail painted to look French. “How can I eat it if it’s all misshapen like that?”

A man in the checkout line behind her rolled his eyes. Sadie ignored him, waiting, hoping the checker who was nice enough to call her Ma’am, might be nice enough to let her exchange the imperfect loaf without further explanation. Hope surged within her when the man flipped a switch on the post over his cash register, turning off his ‘open’ light as if the lane was closed, and told the other customers behind her he’d be right back.

“I’m sorry,” Sadie said to the line, fidgeting with irritation. “But I can’t eat it like that.”

A man rolled his eyes, someone mumbled something about pretension.

Sadie took her single grocery bag and sat on a bench a few feet from the register to wait, reminding herself that they don’t know her, so they don’t understand.

It wasn’t the bread she despised, but what it represented.

Sadie was born into a house of empty wallets and emptier bellies. When the boxes of donated food became empty as well, Mom used to take Sadie and her siblings to a Mission downtown, the place where fresh food and people went to die.

The old cooks name was Johnnie. He must have been about ninety, with enlarged, over-worked knuckles and a hitch in his stride. He was always nice to Sadie, but a truly awful cook.

The menu in Johnnie’s soup kitchen was constantly changing. Some days the grocery store donations brought nothing but vegetables and other days there were none. They might have packaged sweets once in a while—usually around Thanksgiving—and Sadie could recall eating her share of bland, Cabbage soup on more than one occasion. There was hardly ever meat, unless it was ground, or a whole turkey—again, only around Thanksgiving—but there was always an abundance of bruised fruit, the kind that came stock with little, hovering flies and dozens of mistreated loaves of bread.

Sadie recalled looking up at her mother as she reached across a buffet-style cart, passing her hand under a glass panel. A sneeze-guard, Sadie recalled. Her mother’s hand reappeared and set what was supposed to be a slice of bread on Sadie’s tray.

“What’s wrong with it Momma?” Sadie had asked.

“Nothing,” her mother replied, “it looks a little funny, but it’ll serve its’ purpose to fill your tummy all the same.”

Little Sadie looked sourly at the slice of bread that appeared as though parts of it were pre-chewed before being thrown into traffic, and complained. After some minutes of her daughters’ insistence, Sadie’s mother permitted her to ask Johnnie for a better slice.

But there weren’t any.

Johnnie took the little girls hand and walked her through the back of the kitchen where he kept the volumes of food donations. There were piles upon piles of sliced, twisted loaves, stale French, and wide, bitter Rye. “I don’t smash it, honey. It comes to us this way.”

And Sadie’s heart filled with disappointment. She wept inside, feeling like one of those unwanted, smashed up slices of bread. And though she still had milk teeth, then and there she made a promise to herself. Never again, Sadie thought. When I‘m a grown-up, I’ll never eat smashed bread.

“Ma’am?” A voice pulled her from Johnnie’s kitchen. Two hands were extended in front of her. Each held a loaf of perfect bread. Straight, even slices, squared on the bottom with two perfectly rounded sections with that lovely splice down the center. “I wasn’t sure which one you’d like, thought I’d let you choose.” His expression was nervous.

Sadie grinned, taking the loaf she preferred and giving sincere thanks.

That promise came to mind as Sadie glanced at the fresh loaf of bread in the seat bedside her. She had kept it, with hard work, and an education which led to a good job. She still in debt, but she doesn’t have to take what’s left over, what other people don’t want.

As her car rolled to the exit, waiting to pull into the lanes of traffic, Sadie spotted a ragged man holding a cardboard sign. But he was always there, her gaze didn’t stop. What caught Sadie’s attention was just behind him, on the ground, perched on a thin strip of concrete. It was a small girl with wide brown eyes and mussed hair. Her chin was cupped in her little hands as she sat, folded and thin.

And for a moment, Sadie was back in Johnnie’s kitchen, crying. Those discarded feelings, the hopelessness of it all. She felt it welling in her chest. It’s everywhere, she thought, clamping her eyes shut.

Sadie called out from her car, noticing the impatient line of vehicles growing behind hers.

The man stepped closer, holding out an expectant hand.

“Is she yours?” Sadie pointed.

“Is she hungry?” Sadie asked as a horn blared from behind.

Turning back to the little girl, the man repeated the question. Sadie couldn’t hear a response, but when the man looked at her, his eyes were wet. He nodded, seeming unable to relay the painful truth.

“I don’t have any cash on me.” Sadie remembered, lifting the enviable bread and pack of her favorite sandwich meat to pass through the window.

Lean Turkey on Wheat is Sadie’s drug of choice.

Someone else will get my fix today, she thought, smiling. 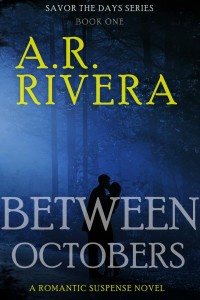 Its a Blog About Nothing by A.R. Rivera